It is in the autumn when the birds have left their summer breeding grounds, that we gratefully receive the thrushes in northern California.

We watch all summer long as the toyon bushes and madrone trees flower, then bear fruit. Toward late summer the berries grow bigger and start to turn from green to orange and red.  Here’s what we say, “It looks like the berries will be just right for the thrushes.”

If we are so lucky to get rain–and we have been this year–then the berries grow plump and they are perfect for the thrushes.

Not every year does it all turn out so well. If we have drought, the berries wither and drop to the ground. And the thrushes do not come.

But right now, our hillsides and forests are bright with the fresh new berries ripening in the autumn sun.

Giant sequoias in the Sierra Nevada range can grow to be 250 feet tall — or more. John Buie/Flickr

Thanks to National Public Radio (USA):

How Is A 1,600-Year-Old Tree Weathering California’s Drought?

It’s been a brutal forest fire season in California. But there’s actually a greater threat to California’s trees — the state’s record-setting drought. The lack of water has killed at least 60 million trees in the past four years.

Scientists are struggling to understand which trees are most vulnerable to drought and how to keep the survivors alive. To that end, they’re sending human climbers and flying drones into the treetops, in a novel biological experiment.

In a milestone for the recovery of the California condor, a condor chick has hatched in the wild, survived and flown out of its nest at Pinnacles National Park for the first time since the 1890s.

GR: The mortality rate suggests that wind turbines will result in loss of almost all the western U. S. Golden Eagles.

“Hundreds of thousands of birds are killed each year by wind turbines worldwide. But few studies have looked at the demographic consequences of this local-scale mortality for a species as a whole.

“Now, researchers have gathered evidence that deaths of golden eagles (Aquila chrysaetos) at a single wind farm in northern California may have effects on the entire western US population of this species.

“The researchers studied 67 golden eagles killed by wind turbines at the Altamont Pass Wind Resource Area, one of the largest and oldest wind farms in the country.

“Eagles tend to use that habitat around the turbines. It’s windy there, so they can save energy and soar, and their preferred prey, California ground squirrels, is abundant there,” says J. Andrew DeWoody, professor of genetics in…

PORTLAND, Ore.— A new poll conducted by Mason Dixon Polling and Research finds that the vast majority of Oregon voters — from both rural and urban areas — oppose using hunting as a management tool for wolves in the state and believe wildlife officials wrongly removed state protections from wolves. The poll also revealed that most Oregonians believe nonlethal methods should be the primary focus in reducing conflicts between wolves and livestock.

Details of the poll results include the following: 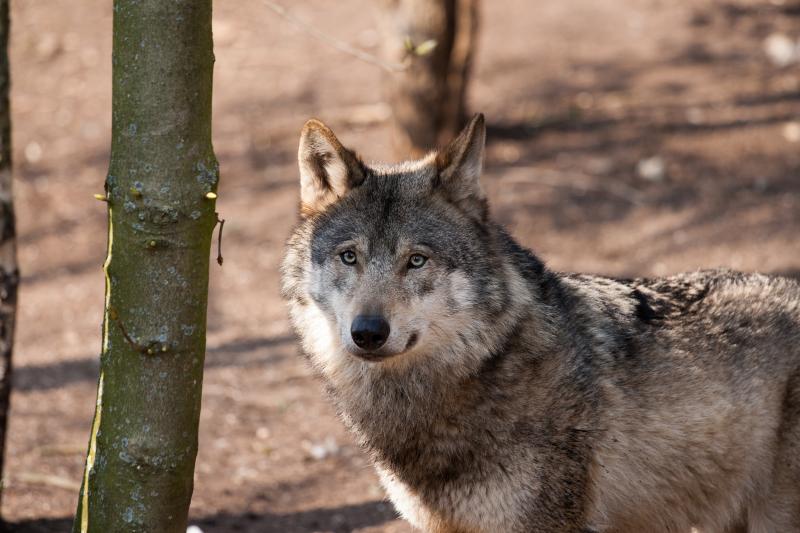 Washington, DC—Twenty US senators signed a letter voicing their concerns over numerous anti-wildlife provisions that are currently being negotiated in the energy bill conference. The letter is addressed to Senators Lisa Murkowski (R-AK) and Maria Cantwell (D-WA), chair and ranking member of the Energy and Natural Resources Committee, and will be sent to the five other Senate conferees.

Earlier this year, the US House of Representatives voted to include the Sportsmen’s Heritage and Recreational Enhancement (SHARE) Act (H.R. 2406) in an energy bill that is currently being reconciled with the Senate’s Energy Policy Modernization Act (S. 2012).

The letter initiative, led by Senator Cory Booker (D-NJ), urges Senate conferees charged with negotiating the final legislative package to reject any and all provisions that would imperil wildlife.

The letter details some of the most harmful wildlife provisions folded into the House energy package, including attempts to: